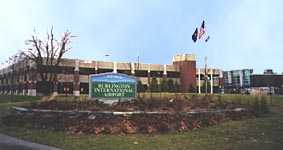 Fly into New England. New England is home to dozens of airports and landing strips. Find discount airfare and last-minute airline tickets on sale and fly directly in Boston, Hartford / Springfield, Providence, Portland, Manchester or Burlington. New England Airports offer flights in and out of the region every day. For information about visiting New England or promoting your business, product or service, contact us.

Include Me shortcode: file not found

If you are flying a private aircraft, Vermont offers state run Vermont Airports and Public Landing Strips. There are Charter Flights, Aircraft Rentals, and Flight Lessons available. There is at least one small Vermont airport or landing strip in every region of the state. Most travelers fly into either Burlington International Airport, Logan Airport in Boston, Bradley International Airport in Windsor Locks, CT or one of several Montreal, Canada Airports. Find more Vermont Airports from VT LIVING.com.

Include Me shortcode: file not found

Discover Maine by air! Air travel into Maine is an easy way to get here quickly. Maine Airports and Public Landing Strips are conveniently located throughout the State of Maine, making your business or leisure travel a breeze. It’s easy to fly to Maine. The Jetport in Portland and the Bangor International Airport are the busiest Maine Airports. The Maine Living Airport Guide has more information about flying to Maine.

Logan International Airport in Boston is the busiest Massachusetts commercial airport serving millions of travelers a year. If you are flying into or out of Logan, consider staying at a Boston or North of Boston Hotel. Logan Airport is located on an island, just north and east of downtown Boston. The lodging accommodations are generally less expensive if you stay north of the city. Logan Airport features dozens of major airlines and air transport companies from around the globe. If you’re flying to Massachusetts by private airplane or jet, check the FAA information about the many landing strips and airports in the state. The Massachusetts Airport Guide in MA Living will tell you more about Massachusetts airports and landing strips.